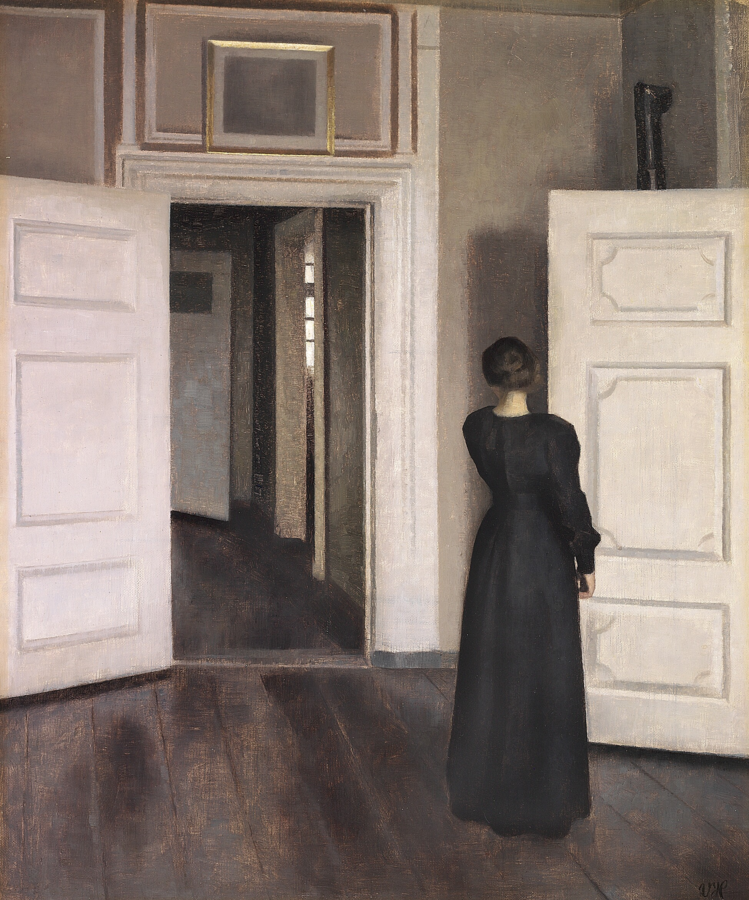 The  writer Herman Bang is a key figure of late 19th century Danish culture,  and a self-proclaimed literary impressionist. Critical studies of his  work have discussed this aspect of his writing, emphasising the  stylistic elements, themes and epistemological positioning associated  with this intermedial inspiration.

Parallels have often been drawn between Bang’s texts and the works of the artist Vilhelm Hammershøi, referring to melancholy domestic atmospheres and solitary female protagonists, and even to a specifically Danish approach to aesthetics. These intuitive connections between texts and visual art are countered by the tension surrounding the notion of literary impressionism, which is frequently dismissed as vague, facile – or a critical myth. I will apply Mytheme Theory and both paper and digital approaches to several of Bang’s novels in order to explore these visual aspects of his writing within the wider context of Mythemes of the North.

The webinars will be held every third Thursday of the month from 6 p.m. to 7:30 p.m. (Central European Time) at bbb.unistra.fr/b/tho-tab-ufn-sk9.  Everyone is welcome to join and to participate in the discussion. The  presentations will be made available soon after on our website and on  pod.unistra.fr/mythemes.